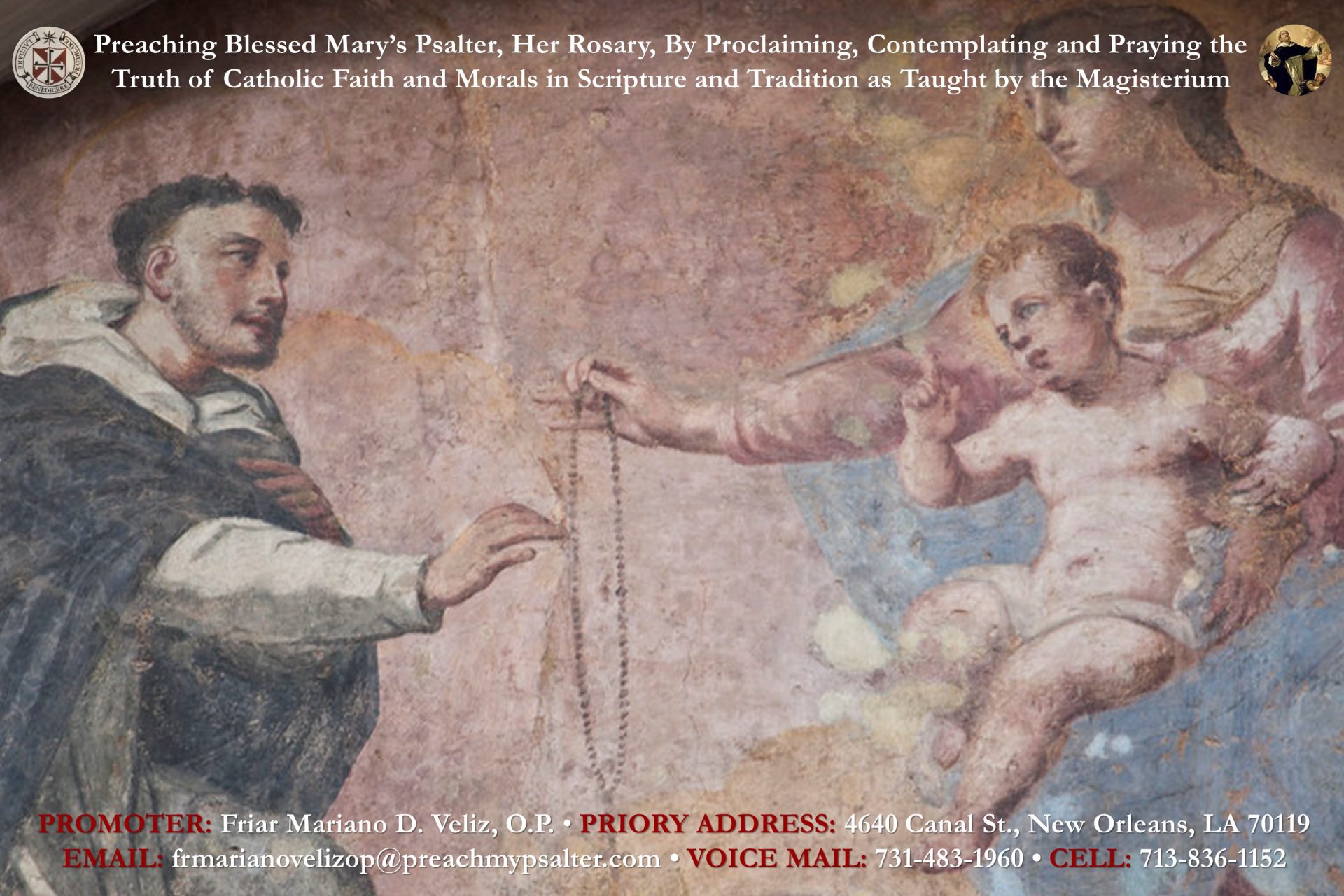 Today the subject of this article is the Sacrament of Holy Matrimony, particularly the guarding of the sanctity and beauty of the marital act by being open to the third essential good of Marriage, the openness to the generation of human life.  This good belongs to the nature of a true Marriage.  In Church teaching, God calls the married man and woman to guard this third essential good of Marriage by being open to the generation of human life in the marital act.  This is a call to be open to the sovereign God Himself.  For this reason, in Genesis, after instituting Marriage through His creation of the first man and woman in His image as the first couple, “God blessed them and said to them: ‘Be fertile and multiply’” human life (Genesis 1:8).  In this sense, by being open to generate human life in faithfulness to God’s call, couples use their bodies in intercourse to be fruitful and multiply as God wills.  In doing so, they subject their Marriage, including their marital act, to the sovereignty of God, their Creator and Redeemer.  As a result, by being open to the generation of life interiorly in their hearts, couples guard the sanctity and beauty of the inseparable relationship of the unitive and procreative meanings of the marital act.  In this sense, they say yes to God, first in their hearts, but also in the language of their bodies.  In doing so, they welcome God to create the gift of human life through them, through their marital intercourse if He wills.  Accordingly, this faithful yes to God in their hearts prepares them to say yes to God’s gift of human life in their marital act. This means that guarding the sanctity and beauty of this third essential good of marriage begins interiorly in their hearts and terminates in natural marital intercourse.

The Catholic Church believes and professes that marital intercourse is a sacred and beautiful act of complete self-giving which involves the love-giving and life-giving communion of married spouses. Yes, beautiful and sacred, for the act, informed by God’s Truth and Goodness, is reasonable, natural and chaste.  Marital intercourse is a sacred and beautiful gift from God for those couples who have entered the Marriage covenant.  This covenant of husband and wife in Marriage represents the sacred and beautiful love-giving and life-giving nuptial union involving the Bridegroom, Jesus Christ, and His Bride, the Church.  Indeed, in their nuptial union, God calls husband and wife to image the sanctity and beauty of the nuptial union of Christ and His Church through a faithful and loving marital complementarity.  In this complementarity in Marriage, the husband faithfully loves his wife as himself, just as Christ, the Head, faithfully loved His Body, the Church, by fully offering Himself for her to sanctify her that she would conceive and bear holy children for God in Baptism. In this sense, by faithfully imaging Christ’s love for the Church in Marriage, the husband, in his love for his wife, faithfully offers himself fully for her that she may be sanctified in conceiving and bearing children in holiness.  Moreover, the wife, as image of the Church, faithfully images the Church’s love for Christ by faithfully loving her husband in Marriage.  In this faithful love for her husband, she opens her heart to his love by faithfully offering herself fully to him, as his helpmate, that she may conceive and bear holy children for God through the marital act.  In this complementarity of faithful love for one another in Marriage, husband and wife become one. Indeed, as Genesis says, a man leaves his mother and father to marry his wife and they both become one, particularly in marital intercourse.  According to Church teaching, in this marital act, God calls them to faithfully participate in the sacredness and beauty of His divine plan.  In doing so, they not only open their hearts for God to perfect their love for one another as married spouses, but also open their hearts to receive from God the great gift of human life.

On the other hand, spouses using artificial contraception would be acting contrary to the third essential good of Marriage, the openness to the generation of human life.  This would involve separating the unitive meaning from the procreative meaning in their marital act.  Their intention here would be to prevent the conception of human life.  This would be against God’s command in Genesis for spouses to be fertile and multiply through intercourse.  After all, such fertility and multiplication of children requires that they have an openness to life. Consequently, they would neither be acting reasonably nor naturally nor chastely by separating the unitive and procreative meanings of the marital act from each other.  In doing so, they would not be open to God’s divine action at all in their marital intercourse.  On the contrary, they would be completely closed to the sovereignty of God, the Creator and Redeemer, interiorly in their hearts and in the language of their bodies by contracepting artificially.  Indeed, they would be saying “no” to God’s desire to act in and through their Marriage, first and foremost for their sanctification as a married couple, but also for their participation in God’s creation and redemption of human beings.  For this reason, when spouses separate these unitive and procreative meanings from one another in the marital act, namely the language of love and life, through artificial contraception, they act as false gods or judges of the divine plan who claim to have the sovereign authority to manipulate the sacred and beautiful gift of the marital act.  As a result, the act becomes “profane” and “ugly” in a spiritual and moral sense, even physically.  For they give themselves to one another not fully and virtuously according to God’s divine will, but only partially and sinfully according to their inordinate desires, which is neither natural nor holy.  As such, their contracepted marital intercourse is not an act of total self-giving to one another.  They do not offer this gift fully to each other through a perfect or complete love-giving and life-giving union in the marital act.  On the contrary, according to St. John Paul II, by this unnatural act, the natural meaning of marital intercourse as the total self-giving of husband and wife is overlaid, through contraception, by an objectively contradictory language, namely, a language that says that they are not giving themselves totally to each other in the marital act, but only in a fragmented and deformed manner.

In Catholic moral teaching, couples who artificially contracept in marital intercourse commit an intrinsically grave moral evil.  This means that the object of their evil act is gravely immoral by nature. In this sense, such an act is grave materially from the evil object. According to St. Thomas, the object of the material act itself is the first and primary criterion for judging the morality of the act. In the case of contracepted intercourse, the object of the material act is judged by the Church as a grave moral evil objectively.  For this reason, for St. Thomas, this act would neither be reasonable for the couple nor ordainable to their Last End, God Himself, nor perfectible of their love for each other.  As a consequence, there could never be a good or acceptable reason that would morally justify artificial contraception.  Every reason to artificially contracept is a bad reason.  At the same time, not every grave evil act of contraception in marital intercourse is a mortal sin.  On the contrary, the gravity or grave matter of the evil object alone does not fully define the nature of a mortal sin.  For a couple to sin mortally by using artificial contraception in the marital act, they require in their intellect a full and true understanding of their immoral action, the act of contracepting in intercourse. Finally, they also have to be fully free in their will as moral agents in contracepting.  This is called full deliberate consent.  On this basis, if they have full understanding and full freedom in contracepting, they would certainly be guilty of a mortal sin.  This is called the spiritual death of the soul, because such an act destroys the grace of justification in the soul, including charity.

At the same time, the Church teaches that there are seven factors or conditions that could diminish either their full understanding in their intellect, or their full freedom in their will.  On the one hand, one such condition in their intellect would be invincible ignorance.  This is a form of ignorance that the couple cannot remove or overcome either because they are unable to acquire all the information they need, even after a reasonable effort, or because they just do not know that there is any problem. In this sense, the couple contracepting under invincible ignorance would not have a full and true understanding of their act.  On the other hand, spouses suffering from an intrinsic grave fear of becoming pregnant because of poor health would not be fully free in their will in contracepting.  In both cases, the artificial contraception of these couples in the marital act remains morally evil, and they remain spiritually and morally malformed, but their moral guilt or culpability would be diminished or removed altogether because of their deficient understanding and freedom. This means that because they would not be culpable or fully culpable for their action, they would neither be guilty of a mortal sin.

Pray that all couples will be faithful in imaging the faithful love of Christ and His Church by fully and faithfully guarding their love for each other in the marital act through their openness to God’s gift of life.  God calls them to be open to the generation of children that they may form and educate them to be a holy people, to be saints in Heaven, someday.  God help them.  They have a great calling in the Church, especially in the domestic church, the family.