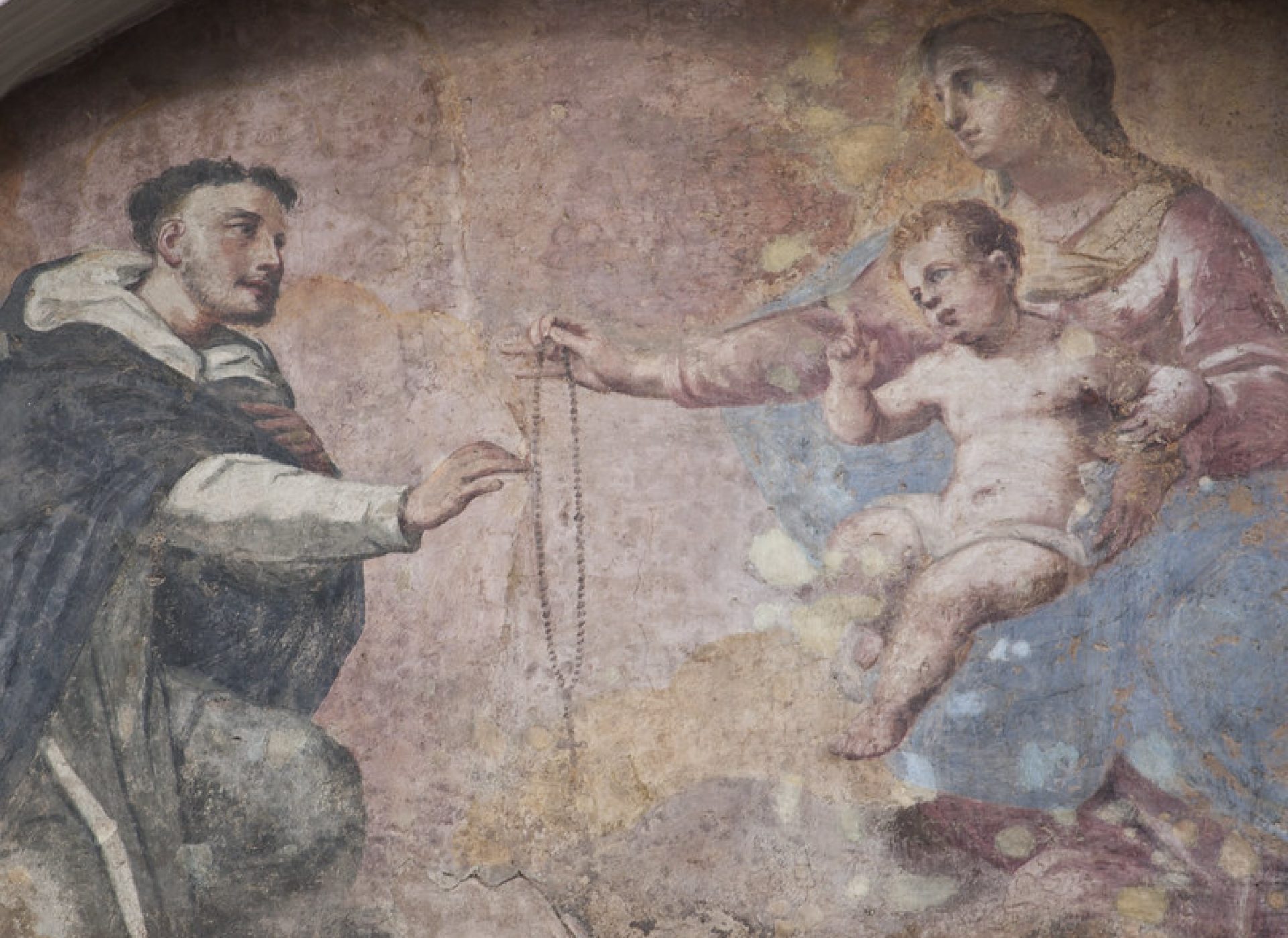 In the Gospel reading for Easter Sunday (Jn 20:1-9), the Evangelist, St. John, describes a race involving certain disciples of Jesus after they learn about the empty tomb.  First, after finding Jesus’ tomb empty early Sunday morning, Mary Magdalene, a disciple of Jesus, runs, as if she is in a race to be the first disciple to tell Peter and John about not finding the body of Jesus in the tomb.  After receiving this message from her, they also run to Jesus’ tomb, as if they are racing each other.  According to the Gospel reading, John reaches the tomb first because he runs faster than Peter, but he does not enter the tomb.  He initially remains outside at the entrance of the tomb from where he can still see the burial cloths that Mary, the Mother of Jesus, and the disciples had used to cover the body of Jesus when they prepared His body for burial in the tomb.  After Peter finally reaches the tomb, he enters first, finding only the burial cloths for Jesus’ body and the cloth for His head rolled up separately in the tomb.  In St. John’s Gospel, this race to Jesus’ tomb by the disciples, particularly after they do not find the body of Jesus there, prepares them to receive faith in the Risen Christ.  In fact, the final passages in Sunday’s Gospel reading, verses 8 and 9, suggest that not only John, the Evangelist, but also Peter, after running to Jesus’ tomb and finding only His burial cloths, begin to believe in a mystery they do not understand.  They are not ready to understand because Jesus has still not directly and fully revealed Himself to them after His resurrection.  For them, the revelation that Jesus may be alive is only indirect and partial through the finding of the burial cloths in the empty tomb.  Accordingly, the race leading the disciples to this finding in the empty tomb will prepare them to have faith in the Risen Christ.

For the disciples, running in the race, the race to Jesus’ tomb, means they love Jesus.  Indeed, here running is an act of love.  They would not be running to His tomb, hoping to find Him, if they did not first love Him. After all, human beings only run after someone, only desire someone, they love.  The same is true for the disciples.  In running after Jesus spiritually, as runners in a race, they desire to find Jesus’ body in the tomb, because they love Him.  In fact, their love for Him inspires them to run after Him.  True, they do not find Him in the tomb, but they certainly find Him in their hearts through love.  For this reason, this love they have for Him in their hearts prepares them to receive faith in His resurrection.  If they did not first love Him, if they did not first run after Him, as if in a race, they would not have been prepared to believe His revelation to them, the revelation that He is not dead, but fully alive.  Accordingly, the disciples’ love for Jesus prepared them to have faith in Him as the Risen Christ.

In all four Gospels, the Evangelists recall that Mary Magdalene, Peter, and John all became disciples of Jesus because they loved Him. Indeed, after receiving their calling to discipleship from Him, their love for Him moved them to run after Him, spiritually, as His disciples.  Henceforth, this is the race they would run in life, the race to Jesus.  First of all, after John received his calling from Jesus to be a disciple of His, and said yes to Him, as an act of love, he would become the beloved apostle, the apostle who had the fortitude to love Jesus faithfully during His passion, particularly as Jesus was suffering on the cross.  Only John’s love for Jesus moved him to remain there until He died.  Secondly, after Peter said yes to Jesus’ call to discipleship by an act of love, he would be named the chief apostle by Jesus.  In this ministry of the chief apostle, Jesus called Peter to love Him as no other apostle by pastoring all the apostles, including all God’s people, as a loving shepherd.  As you may remember, in the Gospel Jesus identifies Himself in all human beings, especially in the suffering members of His people.  For this reason, He tells His disciples that by loving the poor, the ill, the orphan, the elderly, and the widow, they are really loving Him.  This is especially true of Peter, for he alone was the apostle called by Jesus to be the chief shepherd of God’s people, the first pope, who would faithfully love them by shepherding them to holiness.  Finally, Mary Magdalene received her calling from Jesus to be His disciple, and said yes to Him, as an act of love, only after He had saved her from her spiritual slavery to demons, for she had become demonically possessed for a time, through a sinful life, according to the Evangelists.  As a result, she is called the penitent woman who loved Jesus much because she received much from Him.  Indeed, He forgave her for her many sins.  For this reason, in her love for Jesus, after receiving her healing from Him, she would become a member of a group of women disciples who traveled to wherever Jesus preached and ministered to the people of God to help Him materially from their resources as a ministry of charity.  On this basis, after receiving their calling from Jesus, all three disciples here certainly loved Jesus during their life by running after Him.  As such, after His death and burial, they all ran to His tomb, hoping to find Him, because they loved Him.

Still, Peter, John and Mary Magdalene could only love Jesus because He loved them first.  He revealed this love for them by becoming man, by mercifully calling them to discipleship, and especially by suffering and dying for them on the cross for their salvation. In doing so, He loved them in all their sinfulness as human beings, before they ever loved Him. In fact, as many times in their life as they may have sinned, as badly as they may have sinned, Jesus was there for them, before anyone else, because He loved them.

The message here is that the love that Peter, John and Mary Magdalene offered to Jesus as His disciples, after they had first received His love, prepared them to become believers and preachers of the Risen Christ. In particular, Mary Magdalene, according to St. John’s Gospel, was not just the first disciple of Jesus to learn about the empty tomb. In fact, she was also the first disciple in St. John’s Gospel that Jesus appeared to as the Risen Christ. At the same time, this was a gradual process. She first learned only indirectly and implicitly that Jesus could be alive by finding the empty tomb. Later, He revealed Himself directly and fully to her in His first appearance to her as the Risen Christ. For this reason, she fully believed that He was alive, not dead. In this first appearance, He commissioned her, a woman of faith, to be an apostle, by sending her to His brother apostles, including to Peter and John, as a preacher of the Easter message. This was the message that He was, indeed, raised from the dead, after three days, just as He had prophesied to His disciples during His ministry.  Mary Magdalene certainly would not have received this Easter faith in the Risen Christ if she had not first loved Jesus.  This love she had for Jesus opened her heart to believe and proclaim this article of faith.

The question I have for you is this: Will you open your heart fully to the love of Jesus that you may not just believe in the Risen Christ, but also proclaim Him to others, just as Mary Magdalene did as a faithful disciple of Jesus?  She ran the race to win the imperishable crown of grace and glory as a believer and preacher of the Easter faith.  Will you do the same?